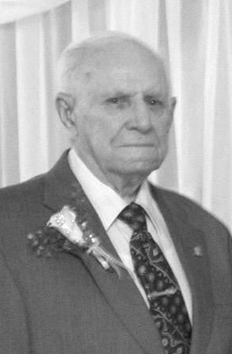 Edward Thomas Mabe, age 93, of Braidwood, Illinois passed away peacefully Sunday, September 25, 2022 at his home. Born July 29, 1929 in Seaboard, Virginia to the late Terry Tilden and Nannie Elizabeth (nee Keen) Mabe. Before joining the military, Edward worked as a coal miner and then enlisted in the United States Army, in which he served during the Korean Conflict. He retired from the United Auto Workers Union as a Journeyman Pipefitter, previously working for Body by Fisher in Willow Springs, Illinois. Faith was an important element in Edward’s life. He dedicated his time within the church, either as a Deacon or volunteering where needed. He was one of the founding members of the Missionary Baptist Church in Lockport and was a current member of the Main Street Baptist Church in Braidwood. He collected coins and knives and thoroughly enjoyed his travels throughout the US, some memorable places being Disney, Jamaica, and Hawaii. After retirement, Edward along with his late wife, Wanda, enjoyed the role of transitioning into foster parents. They fostered 78 children, with five of those children becoming permanent family members. Surviving are five sons: Edward Thomas (Dominic Orlando) Mabe, Jr., Jessie Edward Mabe, Kevin Edward Mabe, Victor Edward Mabe, and Charles Edward Mabe; three daughters: Tommy Sue (Ernest) Knight, Elizabeth Christine (the late Warren) Sheeley, and Mary Frances (the late Kenneth) Medows; many grandchildren, great-grandchildren, and great-great-grandchildren; one brother, Robert (Sylvia) Mabe; and numerous nieces, nephews, and their families. Preceding him in death were his parents, Terry and Nannie; beloved wife of 66 years, Wanda Mildred (nee Lowe) Mabe (11-24-16); one great-grandchild; four great-great-grandchildren; one brother, Cecil (Arbelle) Mabe; and three sisters, Irene (James) Norman, Ivory Lois (David “Eugene”) McGlothlin, and Mary Belle (Sherman) Browning. Visitation for Edward will be at the R. W. Patterson Funeral Home & Crematory, Sunday, October 2, 2022 from 4:00 p.m. until the time of funeral services at 6:30 p.m. Cremation rites will be accorded following services. Family and friends are welcome to meet at the R. W. Patterson Funeral Home & Crematory, Monday, October 3, 2022 at 12:30 p.m. to go in procession to the Abraham Lincoln National Cemetery, Elwood, Illinois for the inurnment. In lieu of flowers, memorial donations in his name to one of his favorite charities, St. Jude Children’s Research Hospital, would be appreciated. For more information and to visit his online guestbook, please log on to www.rwpattersonfuneralhomes.com or find us on Facebook.