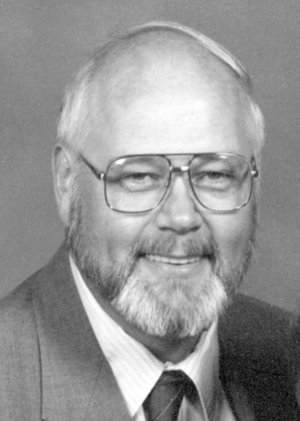 Roger Henry Holsten was born on October 26, 1939 to Henry and Anna Marie Bargsten Holsten in their home near Colfax, Illinois. Big sister, Dorothy, went to a neighbor’s home during the arrival.
Rog attended school near Fairbury until second grade. His folks moved to Dwight to farm and raise pigs. Roger attended Dwight Township High School and graduated in 1957.
Roger worked at Joliet Caterpillar, doing various jobs, but ended up being an inspector of steering and brake valves.
Roger married Paula J. Fieldman on April 21, 1985 in a small ceremony following church on Sunday morning. They were married 37 years and had numerous dogs and cats as their family.
Rog was very active at Emmanuel Lutheran Church. He was an usher, trustee, board of Evangelism, choir and handbell member, and worked on many projects such as shoe collection and benefits.
Roger is predeceased by his parents, his sister, brother-in-law, Delbert Henrichs, and nephew, Duane Henrichs, (Debra), Aunt Margaret Mueller (Bill), cousins Ruby Heinke, Darlene McGee, and Herman Mueller.
Surviving are his widow, Paula; her siblings, Brenda Benzik (Richard), Rick Fieldman (Cathy), and nephew, Daryl Henrichs (Kellie), Jaxson and Hailey Henrichs.
Also surviving are nephews, James Benzik, Nick Benzik (Stephanie), Miles, and Mia, great nephew and niece; Shannon, Rick’s daughter, and her two sons, Travis and Tyler.
Roger also has relatives in Nebraska, Texas and Rhade, Germany who survive him.
On July 28, Paula met with a representative from Lightways Hospice, Joliet. Roger was going to come home to be away from loud hallways, alarms, needles, blood pressure checks, etc.
God had a different plan for him. Roger passed this earthly life on July 29, 2022 at approximately 1:07 a.m. His body was donated to ScienceCare for medical research projects. His cremated remains will return home in three to five weeks from date of collection.
On the anniversary of his passing, a tree will be planted in his memory.
A service will be held at Emmanuel Lutheran Church on September 11, 2022 at 1:00. A luncheon will follow the service.
Please consider body donation when a loved one passes. Medical students learn so much from your deceased loved one’s remains. You may want to Google ScienceCare to learn more about the process.
In lieu of flowers, please consider sending memorials to American Cancer Society, Alzheimer’s Research, Kidney disease research, Diabetes Research, and/or Emmanuel Lutheran Church.
Special thanks to Pastor John Mueller, Pam, Nicky and Katerina, staff members from At Home, Quality Care, for keeping Roger as healthy as possible for as long as possible.