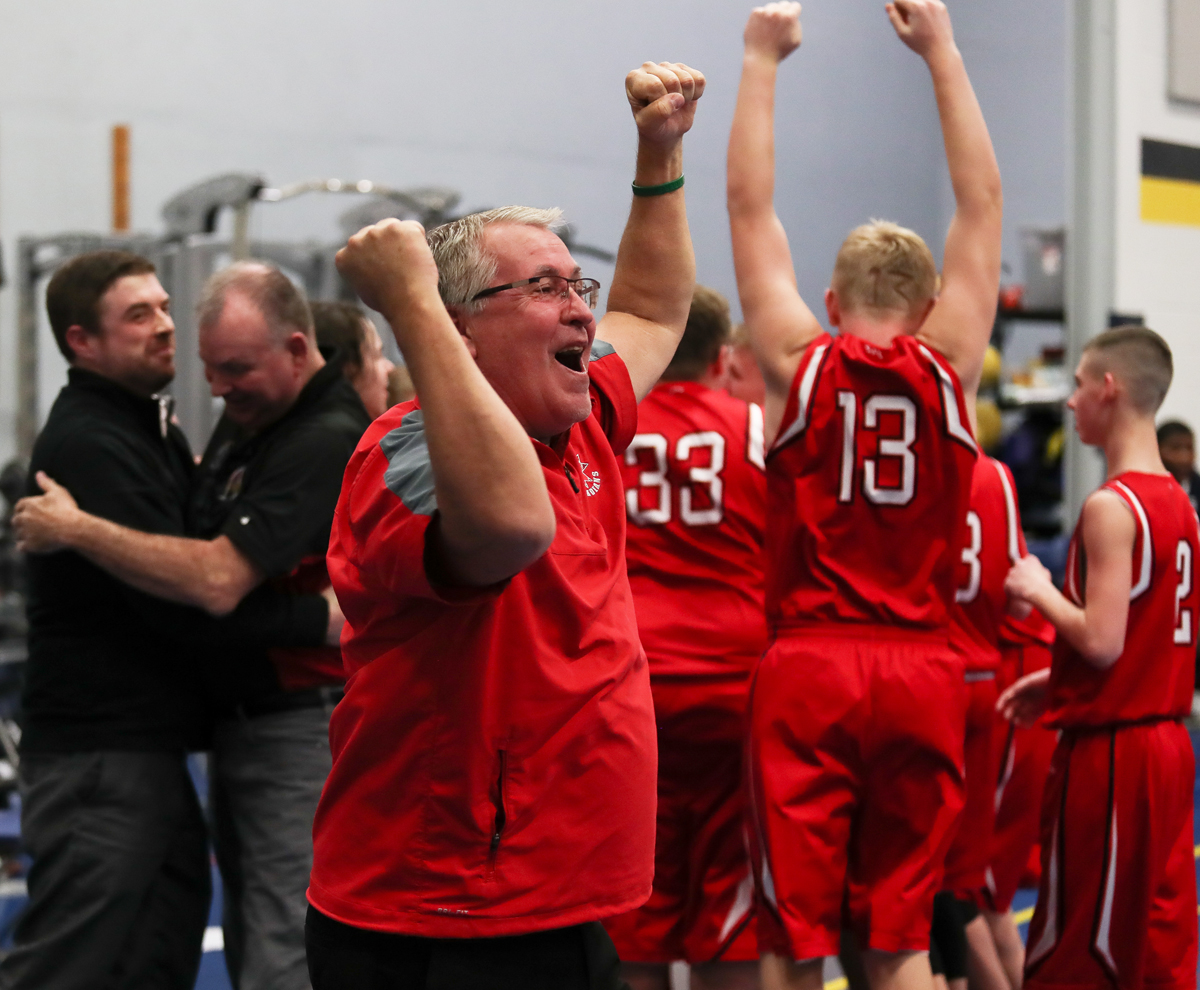 There was supposed to be a surprise party.

Texts were sent out and a private Facebook page was created to invite past Dwight Common School boys basketball players and anyone who knows Joe Stevenson to attend the last regular-season home game for the eighth-grade boys basketball on Jan. 20 at Dwight High School.

However, Covid-19 canceled the game and the party was moved to Willy’s Pub.

Either way, Stevenson felt all of the love and support from the community as he is retiring as the Redbird coach after 25 seasons.

“I knew something was up, but I didn’t know it was so big,” Stevenson said. “I didn’t know they had a private page on Facebook. One kid came from Texas and other ballplayers came from out of state. It’s amazing and makes you feel good.

“I’m sure tears are coming down the road. They say, ‘If you’re a good team, you win your last game.’ That means, it’s either a state championship or third place. I don’t know if we’ll get there, but we have a good shot. It’s going to be a little sad, but I think it’s time for a younger, more active coach to take over.

“I still love it and I always will. I love what I do and wouldn’t change the last 25 years. But, I want to do other things, too. I’m a farmer, so the winter is my off-time, which worked well with basketball. It’s time to move on, travel, and take vacations.”

Stevenson, who graduated from Dwight High School in 1975, picked up his first clipboard as the Dwight sixth grade coach for the 1996-97 season.

After the end of his first campaign, he was asked to take on the eighth-grade squad for the 97-98 season. He jokes around about the poor sixth-grade team having to be coached by him twice as they had him again for eighth grade.

It must have worked out for that class and everyone following for 25 years as he has stayed on board and taken the Redbirds to an Elite Eight in 2007 and a Final Four in 2019.

“I’ve had a lot of really good teams. The best thing about what we have is we had a couple of coaches who started the Junior Trojans Program,” Stevenson said. “They took the kids when they were in second, third, and fourth grade and that helped us out a lot. Eric Long, Mark Porter, and Jeremy Connor gave those kids a big jump start and they were good by the time they got to me.

“I just kind of took the cream of the crop and went with it. We’ve been very successful. They already knew the smaller stuff, so when they get to eighth grade we can work on other stuff to help them improve. It made my life a lot easier. Without that, I would have (continued on page 8) had to start from square one with dribbling and passing. They already had the basic skills by the time they got to me.”

Stevenson also has a lot of appreciation for seventh-grade coaches and his assistants. Jim Myers, Jeremy Connor (on his way up to his present role as the varsity coach), Dale Vigna, Joey Briner (assistant for seven years), and Tom Conroy, who is the current seventh-grade coach.

The long-time coach had three kids with his wife Melinda Stevenson in Josh, Joey, and Alesha (Dawson).

As they came through the school, Stevenson tried to stay away from coaching his children as much as possible so there weren’t any issues with playing time for the coach’s kid.

He viewed each kid as an individual and treated them as such in practice, on the bus, at a game, and off the court.

“I think at eighth grade, some kids need to be pulled along and some need to be pushed. Some kids, you just want to lay low and make sure you don’t ruffle feathers,” Stevenson said. “I don’t want to yell, but one kid me need a little push in the behind. Once you’re around kids for a while, hopefully, you start to understand what they need to make the best for them. I always tell them, ‘If I raise my voice, it’s to get your attention. It’s not to yell at you.’

“I think knowing them as individuals is key. If you generalize them and just try to put them in a system at that age, it won’t work. Kids are different than the next. You try to treat them with respect and try to figure out how to get the best from each player.”

Stevenson has been happy with this squad as they won its first Livingston County Tournament, went undefeated in the regular season, and finished second in the conference tournament.

“This year, our group is fast-paced. In past seasons, we’ve tried to show them how to run the fast break, where to go, and what to do,” Stevenson said. “This year, I let them go because they do it well enough on their own. They’ve played together for so long, I’m not going to correct something that works.

“When we get a rebound, the other team better get back on defense or we’re going to get a layup. It gets to the point, the opponent isn’t worried about making the shot, but if it misses they have to get back. That helps our rebounding, too.”

Another aspect of the coaching gig he enjoyed was he never quit learning.

From Day 1 in 1996 to the last game of this season in 2022, he was always forced to adapt, suck in knowledge, and portray it to his squad.

“You’re always learning as a coach. After 25 years, if you think you have it figured out, you don’t,” Stevenson said. There is always more.”