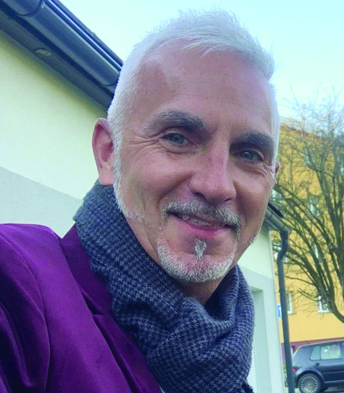 The name tag on the shelf above the desk at New Life Assembly of God in Dwight reads Pastor Randy.

And since 2006, so has the Czech Republic, as the pastor has been spreading the gospel and helping Europeans form a relationship with God. His last trip was Sept. 28-Oct. 14.

“I got turned on to it back in 2006. Some guys asked me to go to Poland. I was living in Macomb and pastoring there. They said, ‘We’re trying to help plant churches in central Europe. We have a few days left and there are some dudes in the Czech Republic who would like to meet us,’” Pastor Randy said. “There used to be a huge heritage of Christianity and then Communism and world wars kind of depletes it.

“We drove down to the Czech/Polish border. We got dropped off by some Polish guys and they said we would get picked up by some Czech guys. God worked it out, we hopped in their car and we went to a town called Cesky Tesin. There was a bridge you could step on where one foot would be in the Czech Republic and the other foot would be in Poland.

“I heard these guys’ hearts. Think about Dwight; we are 4,300 people and we have eight churches. Over there, towns with 30,000 people don’t have a church. There is a little bit of Catholic presence, but no full gospel churches. I went and I fell in love with it.”