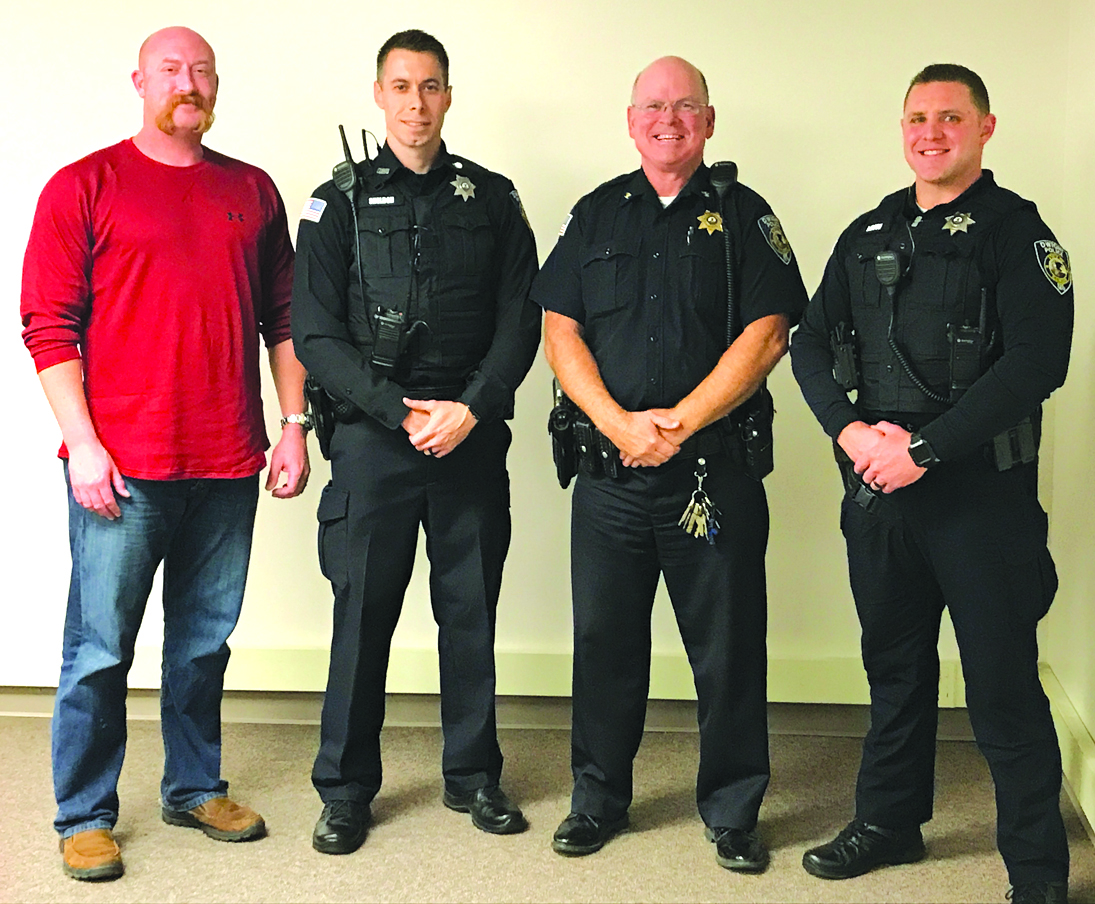 Two new police officers, Matthew Sheldon and Brandon Larson, were sworn in at the Dwight Village Board meeting on Monday October 25. Family and friends of the two were on hand to watch the ceremony conducted by Chief of Police Tim Henson. Both are recent graduates of the Macon County Law Enforcement Training Center in Decatur and will soon begin field training with current officers.

In opening comments, Mayor Paul Johnson reported that the Village is pursuing ARP grant money being disbursed through Livingston county to recondition two aging ambulances. Based on the identified uses for the funds, the upgrading of the units appears to be a good fit.

Johnson added that attention of the Village is turning to economic development, in particular the Dwight Megasite.

Presently there are 365 acres controlled by the Greater Livingston County Economic Development Council. The site is located just northeast of Dwight and comprises a large trapezoidal area, the general boundaries of Livingston Road at the north and IL-17 at the south. The western border of the site approximately follows Brewster Road and the adjacent railroad, and the eastern border abuts N 3000 E Road. The Dwight Megasite is one of only two large-scale, project-ready greenfield sites in the entire United States, with dual Class I rail service from both an east coast and west coast provider. This makes the site truly unique in the country.

In personnel matters, the board took the recommendation of the Services, Health, and Safety Committee and voted to create an EMS Director position.

The committee had discussed the possibility of combining the Chief of Police and EMS Director as one Public Safety Director, but decided on keeping the two posts separate. The EMS Director position will require being an IDPH licensed paramedic and will be a Monday through Friday, 8 to 5 type position. The Village will proceed with job postings for the Director, as well as Chief of Police, ALS Paramedic, and EMS Basic jobs that are currently open.

Also stemming from the Services, Health, and Safety Committee meeting on October 14, EMS calls of providing service to the Odell Fire Protection District for the first two months were discussed. There were nine calls in August and ten in September.