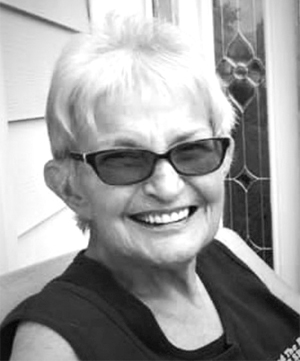 Marilyn L. Rygh, 77, of Odell passed away Wednesday, November 17, 2021 at 6:00 p.m. at her home. Her service was held Tuesday, November 23, 2021 at 12:00 p.m. at Duffy – Baier – Snedecor Funeral Home in Pontiac with Deacon Jim Wallace officiating. Burial followed in St. Paul Catholic Cemetery in Odell. Cremation rites were accorded. Visitation was Tuesday, November 23, 2021 from 10:00 a.m. to 12:00 p.m. at the funeral home. Duffy – Baier – Snedecor Funeral Home, Pontiac, is in charge of arrangements. Marilyn was born August 23, 1944 in Streator, Illinois to Carl Frazier and Jessie Telford. She married John K. Rygh on August 17, 1963 in St. Paul Catholic Church, Odell, Illinois. He preceded her in death on November 1, 2006. She is survived by her daughters: Donna Nabors of Odell, Illinois and Suz Jones of Pontiac, Illinois; grandson, Jayden K. Jones of Pontiac, Illinois; step-grandchildren: Karley Nabors, Logan Nabors, and Evan Nabors; sister, Sheryl (Richard) Sparrow of Dwight, Illinois; and sister-in-law, Carole Frazier of Shorewood, Illinois. She was preceded in death by her parents; husband, John; one son, John “Och”  Rygh; and one brother, Charles “Chuck” Frazier. Marilyn was a graduate of Dwight High School, class of 1962. She had been a waitress and bartender at Rentz’s Tap in Odell for many years. She was an avid Chicago White Sox fan, enjoyed board games and playing cards with her family and friends, and loved crossword puzzles. She particularly enjoyed her grand dogs! Memorials may be made to St. Paul Catholic Grade School, Odell, the Julie Sullivan Scholarship Fund, or to the family. Online condolences may be made to the family at: duffyfuneralhome.com or visit us on Facebook.