Poor Play Calling the Center of Blame in Bears Loss 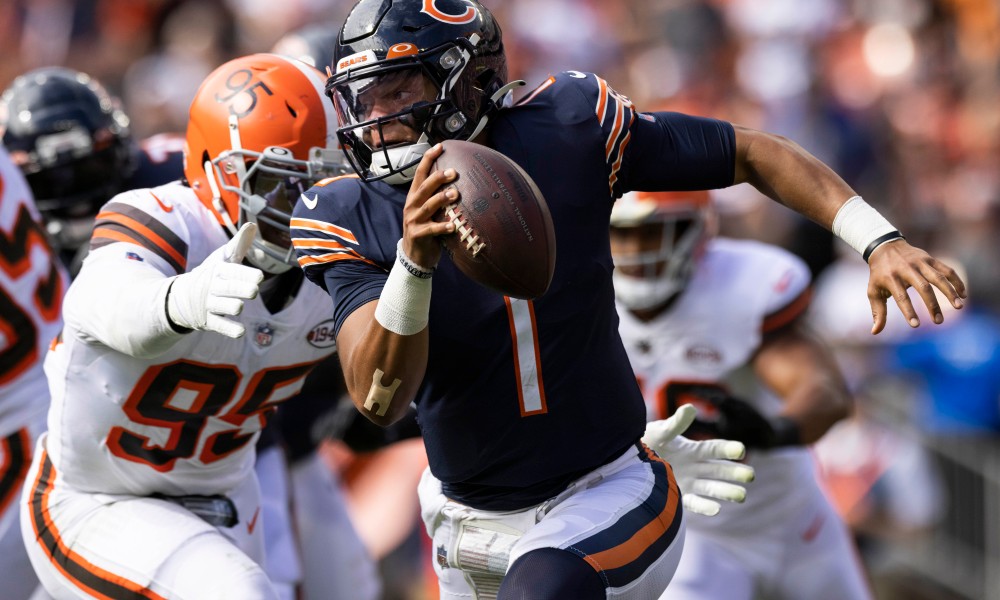 As Bears rookie quarterback Justin Fields made his starting debut against the Cleveland Browns on Sunday, he was in for a rude awakening. The problems that have plagued the Chicago Bears offense over the past few years showed up again as the Bears get blown out 26-6.

The offense’s poor performance was apparent as they totaled 114 yards, compared to the Browns’ 417 yards on offense. Fields were sacked nine times for a total loss of 67 yards and went 6/20 for 68 yards passing. Bears running back David Montgomery only had ten carries for 34 yards and two receptions for 21 yards.

The Bears’ poor offensive performance allowed the Browns to have plenty of opportunities to score. The Bears’ defense held its own for three quarters but wore down by the end of the game.

Browns quarterback Baker Mayfield went 19/31 for 246 yards and one touchdown, despite being sacked five times. Browns wide receiver Odell Beckham Jr. made his return known as he had five receptions for 77 yards. However, the star of the day was Browns running back Kareem Hunt with 155 yards, 81 yards rushing, and 74 yards receiving.

The aftermath was not much better for the Bears, as analysts, experts, and fans grilled the poor offensive performance. “You almost can’t make it up, it’s that bad,” said Nagy describing the offense in his post-game press conference.

Nagy did accept responsibility for the abysmal Sunday performance. Saying, “I obviously as a head coach did not do a good enough of a job of getting this offense ready to gom to be able to play and win a football game. So, it starts with me, end with me and it’s as simple as that.”

However, many believe accepting responsibility is not enough. Some have called for the Bears to fire Nagy to protect the future of Fields. Such as NBC Sports Chicago host David Kaplan. On his post-game show, Kaplan believes the best interest for the team this year is to part ways with Nagy immediately.
“I truly believe if George McCaskey cares about winning, not this season. Talking about developing another quarterback they traded up to get. Matt Nagy should not have an office tomorrow. He should be fired tomorrow.”

Kaplan then went on to say he believes that Nagy deliberately called a terrible game plan to show fans that Fields was not ready.

“You can’t put as incompetent as an offensive scheme out there today. Which looked, almost like he wanted to say Eh, told you he wasn’t ready. I want Andy Dalton back,” said Kaplan.

The starting quarterback for next week is in question. Nagy said that Fields throwing hand was “dinged up” late in the game. Nagy also said in a Monday press conference that all three quarterbacks (Andy Dalton, Justin Fields, and Nick Foles) are under consideration to start against the Detroit Lions.

If the Bears lose to the Lions on Sunday, there could be massive implications for the Bear’s future. Not just for this season, but for the seasons to come.