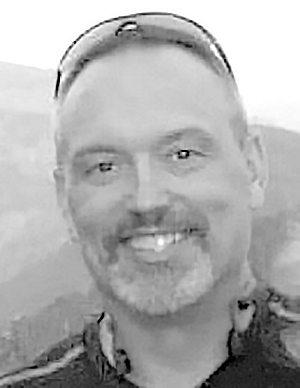 Michael Gene Morphey, 55, passed away suddenly at his home in Littleton, Colorado on August 15, 2021. He was a 1984 graduate of Dwight Township  High School and went on to attend Illinois State University on a football scholarship, graduating with a Bachelor of Science degree in Industrial Printing. During his time at ISU he met and married his wife of 34 years, Sarah Ann Flentge. After graduation, Mike and Sarah moved to Houston, Texas, where they spent the next 30 years raising three incredible children. During much of that time, Mike was employed by Toppan Merrill Corporation, working as a project manager in financial printing. In 2017, Mike was provided the opportunity to relocate to beautiful Colorado to continue at Toppan Merrill. Michael would tackle anything related to contracting and woodworking. He was truly a master of all things creating, designing, remodeling and constructing. He loved traveling through Bourbon Country, was an avid pool player, and loved smoking meat outdoors, as well as spending time with family and friends. He is survived by his wife, Sarah; three children: Jacob (Joy)  Morphey, Joseph Morphey of Colorado, and Hannah Morphey (Travis Gonzalez, fiance) of College Station, Texas; his mother, Barbara Morphey of Mazon, Illinois; sister, Brenda (Don) Sigler of Mazon, Illinois; and brother, John (Colleen) Morphey and nieces of Concord, North Carolina and Baltimore, Maryland; cousins, aunts, and uncles. He was preceded in death by his father, Ronald; his father- and mother-in-law, Marvin and Francis Flentge of Arizona; his grandparents, aunt, and several uncles.