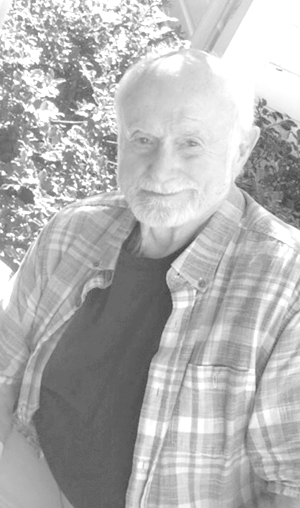 Donald Garth Cherco, 87, a longtime Evanston business owner and resident, passed away peacefully on September 6, 2021 after a brief battle with a breakthrough case of COVID-19. To family and friends, Don didn’t just live life, he shaped it to fit his passions and pursuits. Born July 2, 1934 in Winnipeg, Canada, Don’s family moved to Chicago when he was three. After high school, Don set out on his own. He was a natural salesperson and used those skills to advance himself. He sold used cars. He managed a shoe store. He sold Fuller brushes and Kirby vacuums door to door. Later, Don took his salesman skills on the road, as a representative for Western Surety Company. Hia final career move launched Don Cherco Construction, a business he ran for 35 years. His business success resulted from the same character qualities that spurred his many friendships. He was charming, and he cared. He was always honest and open. If he said he’d do something, it was as good as done. Don and his first wife, Wilma, raised a family of five children in Dwight, Illinois. Don was an active member of the community. He served as president of the Lions Club and was involved with numerous service projects with that organization and others. In the early 1980s, Don met Susan, who would become the love of his life. She lived in Evanston, with her two sons and twin daughters. They were married in 1984. Don relocated to Evanston, and their relationship marked the birth of what Don called his “blended family” that would include the five children from his first marriage and Susan’s four children. Together, Don and Susan travelled, took in plays and symphonies, tried new restaurants and enjoyed biking. For many years, Don sailed a Sunfish from Dempster Beach in Evanston, an activity he loved. During this time, Don and Susan also turned Don Cherco Construction into a sought-after North Shore home renovation business. After retirement, they became active in their church with fundraising and other ministries. They found space, and time, to respect, share and support each other’s interests. They laughed and loved, a lot. Don went to great lengths to bring his “blended family” together, one being the annual holiday party in early December, popular for its “slam, jam, grab,” as Don called it. Before the party, Don would put out all the pottery he’d created in the past year. Family and friends could go downstairs, grab and bag the pieces they liked best to take home. There were rambunctious moments, even among family and friends. Don’s stuff was good. Artisan good. Keepsake good. Today, with Don’s passing, his bowls, butter dishes, mugs, plates, platters and other creations in kitchens across the country hold special meaning. They’re a reminder of Don’s generosity, and his desire to create things that would endure and others would enjoy. He was the “MUDSLNGR,” as his license plate read. Don’s family and friends will likely remember a time when Don would say, “Wherever you are is where you’re supposed to be.” Today, those who knew and loved Don find comfort in knowing that he is exactly where he is supposed to be. Along with his wife, Susan, Don is survived by the children of his “blended family” and their families: son, Steven Cherco of Anderson, S.C.; daughter, Susan Holohan (Ray Zweeres) of Gold Canyon, AZ; son, John “Jack” Cherco of South Elgin, Illinois; son, James “Jim” Cherco (Judy) of Lizton, Indiana; daughter, Elizabeth Selck (Fred) of Des Plaines, Illinois; son, Jonathan Schofer of Austin, TX; son, Evan Schofer (Ann) of Irvine, CA; daughter, Syra Postelnick (Jim) of La Grange, Illinois; daughter, Nina Helgeson (Lance) of Oak Park, Illinois. Also surviving are a sister, Judy Lugar of Elgin, Illinois; and 16 grandchildren; 11 great-grandchildren; and two nieces. Don’s family is planning a memorial service at St. Matthew’s Episcopal Church in Evanston, and an ‘Ode to Don’ party for family and friends in the summer of 2022.