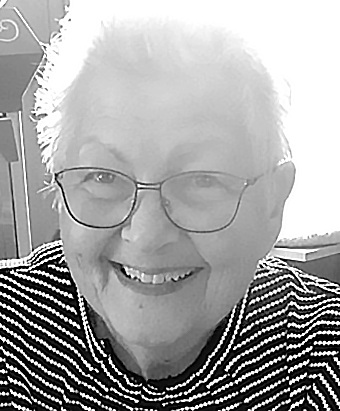 Barbara Walsh, 77, of Verona passed away Thursday, September 2, 2021 at her home. Born July 25, 1944 in Pike County, Missouri, Barbara Elaine was the daughter of Jim and Doris (Stephens) Neikirk. She was raised in Missouri until she moved to California when she was a child. The family moved back to Morris, Illinois and Barbara graduated from Morris Community High School. She married John Thomas Walsh on January 25, 1964 at Immaculate Conception in Morris. Barbara was the beloved wife of 57 years of John T. Walsh, mother of Dana Davis, and proud and devoted grandmother of Elizabeth Davis. She is also survived by a brother and sister-in-law, Ed and Phyllis Neikirk, and many nieces and nephews. Barbara was preceded in death by her parents. Per her wishes, cremation rites have been accorded, and a memorial service will be held at a later date. Preferred memorials may be made as gifts in Barbara’s memory to Sacred Heart Catholic Church in Kinsman. Family and friends are encouraged to sign the online guestbook, upload photographs, and share Barbara’s memorial page by logging on to www.ReevesFuneral.com Cremation services and memorial arrangements have been made under the direction and care of Reeves Funeral Home, Ltd. in Morris. (815) 942-2500.