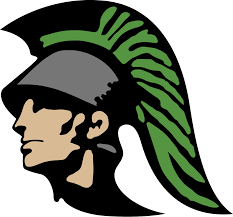 The school year is over and sports are almost finished as boys tennis and girls track and field had their IHSA State Tournaments over the weekend, baseball and softball are in super sectionals and the boys track IHSA State Meet is Thursday-Saturday. Although Dwight athletes are still competing on the state stage, conference competition is over. For the Sangamon Valley Conference, it is over for good. “The conference is disbanding after a couple of schools pulled out of the conference,” Dwight athletic director Cathy Ferguson said. “We were basic-ally forced to leave the conference. I took over as athletic director last year. All of this happened at the end of the year prior. The decisions were made in the spring of 2020 when Andy Pittenger (now principal) was athletic director. “We have joined the Tri-County Conference and we’re happy about it. It’s going more to the west. Seneca was a big rival of ours, so I’m excited to get back into a conference with them. Some of the students know each other from playing travel ball. It’s just time to get into this conference. I think it’s going to be a good fit for us.” The Trojans were a member of the Interstate 8 Conference from 1979-2014. After some of the smaller schools left the I-8 and were replaced by bigger schools with much higher enrollments, Dwight left for the SVC where it felt it could compete. Dwight and the SVC (established in 1948) began their union before the 2014-15 school year. The other teams in the conference were Clifton Central, Cissna Park, Iroquois West, Momence, Paxton-Buckley-Loda and Watseka. “For basketball, the Sangamon Valley Conference was very competitive because there are some tough teams,” Dwight boys basketball coach Jeremy Connor said. “Cissna Park was tough for a long time. Paxton is always good, but they’re a lot bigger than us. Watseka is good. There has been a lot of great basketball teams in this conference since I’ve been coaching around here. “For the short time I’ve been here, we had little rivalries with a few of the schools. I was just getting to know a few of the coaches real well. Now, I’ll probably never see them again. There were good coaches and good people. We’ll miss them for sure.” Connor, who has been with the boys hoops program for five years and the head coach for the last two seasons, played for Dwight before graduating in 2000. He said he talked to his team about the matchups they would see in the future. The Trojans also played a game against Midland, who with Seneca, Ottawa Marquette, Streator Woodland, Putnam County, Henry-Senachwine, Roanoke-Benson, Lowpoint-Washburn and Peoria Christian, are in the Tri-County Conference. “I played in the Interstate 8 Conference my whole life and I always loved it, “Connor said. “Since we left there, we’ve been trying to find a good fit for Dwight. I’m hoping the Tri-County Conference is the good fit we’ve been looking for.” Girls basketball coach Chuck Butterbrodt helped his Lady Trojans finish third in the Sangamon Valley this past season. Although there wasn’t a big rival, he enjoyed the steady competition. “I don’t think there were many cons about the SVC. I thought it was competitive in girls basketball,” Butterbrodt said. “I thought game in and game out, you were going to have to play your best game to be able to compete and be successful. Iroquois West, PBL, Watseka, and Cissna Park were always good.” Butterbrodt is just as excited as Ferguson to reunite with Seneca. Since Seneca left the SVC, Dwight has missed its biggest rival. “One of the older rivalries we’ve always had is Seneca,” said Butterbrodt, who just fin- (continued on page 14) ished his second year as the Lady Trojans coach, but has been involved in many Dwight sports for over 20 years. “This revitalizes an old rivalry we’ve had. Conferences change and rivalries will adjust. Competition was good in the SVC and it will be good in the new conference.” Since none of the schools in the Tri-County Conference have football teams, the Dwight has joined the Vermilion Valley Conference in order to keep the Trojans in helmets and shoulder pads. Ferguson noted Dwight couldn’t go without football of some kind. “Our numbers were not the greatest last year. We didn’t have a junior varsity team. We thought we were going to be able to suit up the boys for JV but it just didn’t work out,” Ferguson said. “Our numbers declined, our enrollment is not that great right now. We’re at about 219 for the next school year, which is small. “We have opened up the conversation about 8-man football. We will see what happens. As of right now, the upcoming school year, we will be playing in the VVC.” With the 7-year stint in the SVC over and new adventures in the Tri-County and Vermilion Valley Conference about to begin, Ferguson and Dwight are happy with the past but extremely excited with the future. “We’re not looking back, we’re looking forward,” Ferguson said. “I think this is the best move for our coaches and our players. The meetings I’ve had with people from schools in the Tri-County Conference, they’ve been friendly and it seems like this will be a good change for us.” Brandon LaChance can be reached at 220-6995, blachance20@gmail.com or @LaChanceWriter on Twitter.