Locked Down in Lombardy: Dwight Woman’s Daughter at Center of Italy’s Pandemic 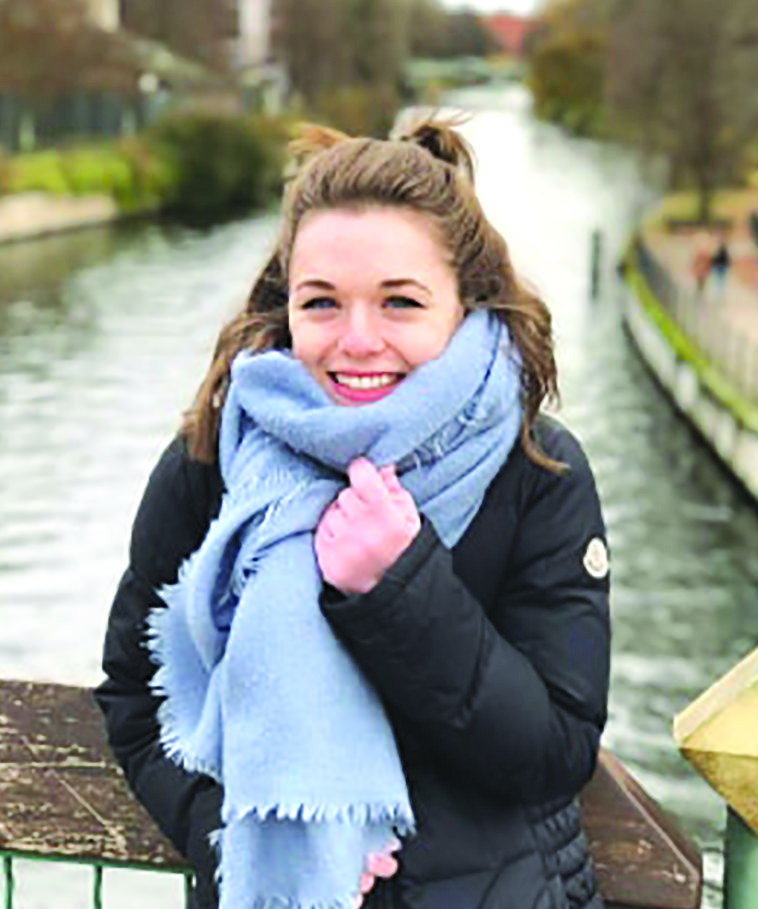 When Rachael Carmichael was a sophomore at Ball State University in Muncie, Ind., she met a foreign exchange student from Italy named Arianna whose mom manages Pingu’s English School. Arianna talked about Rachael going to work for the school after graduation, and on Sept. 15, 2019, Rachael arrived in the northern Italian province of Bergamo. It was a dream come true for Rachael, but little did she know that a new virus the world has never seen would trap her thousands of miles from home in Lombardy, the world’s hot spot for COVID-19. “I’ve been watching the news nonstop,” said Rachael’s mother Tina Carmichael, born and raised in Dwight and back living here after 20 years in Indianapolis. “I am very frightened for her and I’m very frightened for us because we only know now what’s to come.” Rachael lives with Arianna and her parents, Giorgio and Lorella, in Capriate San Gervasio, about half an hour from Lombardy’s capital, Milan. The Alpine region of Lombardy is home to the world’s global hub of fashion, Leonardo da Vinci’s painting of “The Last Supper” and sweeping scenery that’s home to high-end resorts and restaurants. As of late, it has borne the brunt of Italy’s coronavirus contagion, having seen nearly 35,000 of the country’s 80,500 cases, and nearly 5,000 of the country’s 8,200 deaths. In one fell swoop, the virus claimed 793 people in one day. Rachael, 23, has been quarantined for three weeks, and there could be many more to come. Her host father Giorgio is fighting the disease in the hospital after being sick for weeks and finally testing positive for COVID-19. “It was similar to America. People didn’t take it as seriously,” Rachael said in a face-to-face Facebook call. “Being in the middle of it all … it’s definitely not just the flu.” The U.S. has now surpassed the number of coronavirus cases in Italy, even though social distancing and shelter in place mandates have swept the country. Whether our health care system can stem the tide, only time will tell. But on March 12, Rachael got an up close view of Italy’s war zone. She woke up that day feeling nauseous, hot and

shaky. She passed out in the hallway, hit a sharp part of a door and split her head open. An ambulance dropped her off at San Marco Zingonia Hospital, but she had to wait outside in a dock area before she could get in because the hospital was so full. When she did, she was put on a stretcher and left in the hallway for five hours until it was her turn to be seen. She had a neck brace on, but in her peripheral vision she saw dozens of people lined up, some laying on gurnees and some on ventilators. Doctors and nurses passed in hazmat suits. Rachael became nervous. “I could just hear coughing and moaning and very miserable people,” she said. “There were patients just bed after bed lined up next to the wall.” There just wasn’t enough room for them all. Rachael finally got stitched up for the 1½-inch gash in her head in someone’s office. She was not tested for coronavirus because she was otherwise young and healthy, and didn’t have a

fever. Giorgio wasn’t so lucky. He had been home sick for a while. It started slowly with a slight cough, runny nose and headache, and dread came over the family. He eventually became bedridden. He couldn’t eat or stay hydrated and had shortness of breath. He didn’t want to go to the hospital but when his fever spiked to 101.5 on March 19, they called for an ambulance. It took two hours for them to arrive. “Everybody here is scared. They don’t want to go to the hospital. They think you go in and you won’t come back out,” said Rachael, whose fiance, Nicholas Rohrman, is finishing up his studies at Ball State University. He tested positive for COVID-19, and had pneumonia. They gave him antibiotics and oxygen, and was lucky he didn’t need a ventilator. He has been improving, and should be home by the first week of April. Lorella was also sick for some time, but her fever was never high enough to be tested.. Rachael has managed to

stay healthy. She said she may be one of those asymptomatic people perhaps. She said authorities are talking about lifting quarantine. All non-essential businesses have been ordered to close until April 3, with people told to stay at home. There has been speculation the date will be pushed back and a decree issued on Tuesday gave the government the power to extend the deadline to July 31. Only one person per family is allowed to go to the hospital, pharmacy or grocery store. And they must have documentation. Military is stopping people. For her and her host family, since Giorgio tested positive, they legally can’t leave the

house. Those who have tested positive and do not stay home could face one to five years in prison. If they need groceries, a family member brings them, sets them by the door, and they wait until they have left the yard. “It kind of looks like a ghost town,”