Dwight Resident Gets the Sister She Always Wanted 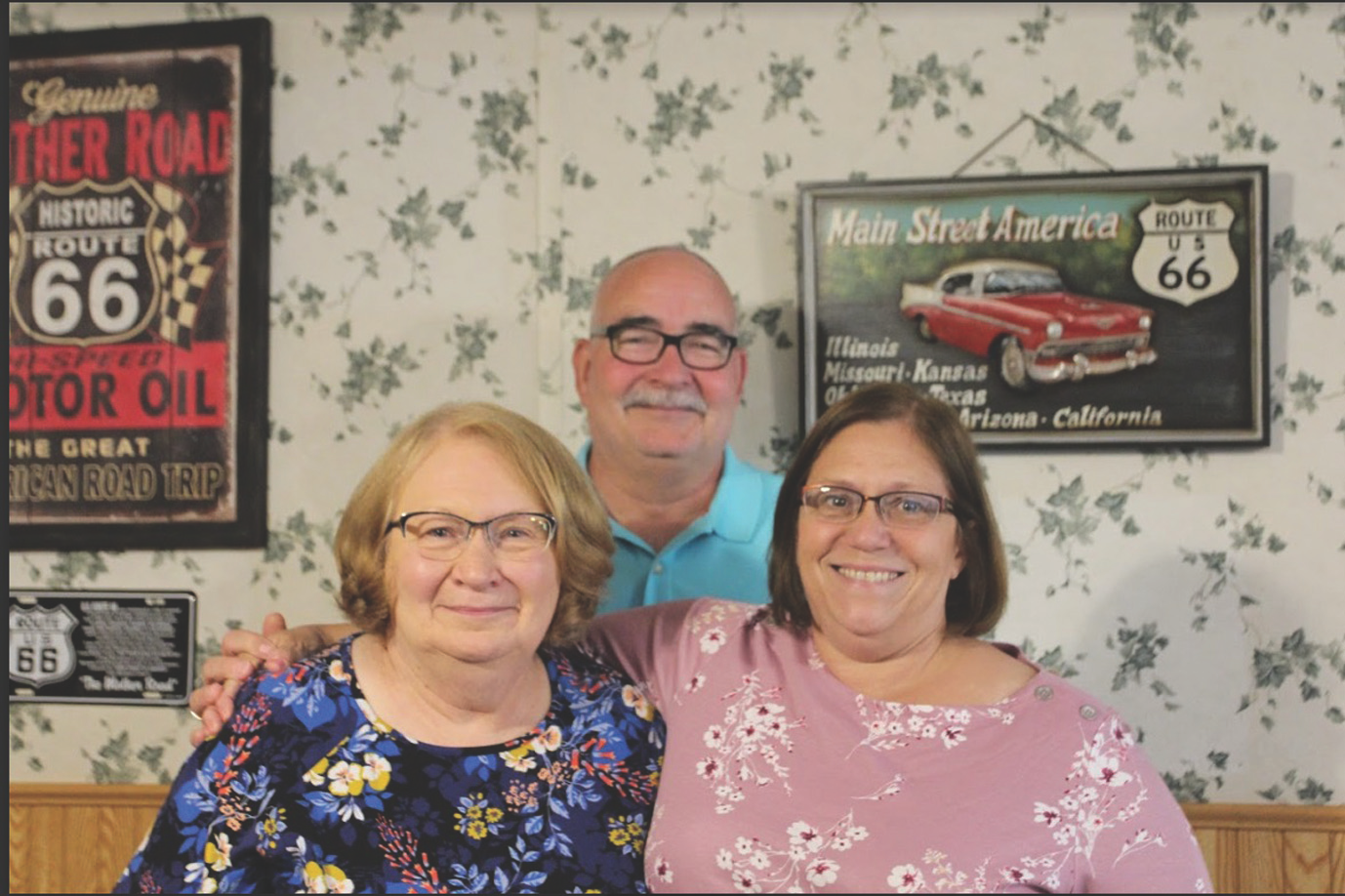 Nancy Louis of Dwight always wanted a sister, but she was adopted and became an only child growing up on a farm in Kempton.
Her loving parents, James and Bernice Bergan, never kept the adoption a secret and everyone accepted it. Still, a sister would have been nice, someone to “girl talk” with, to share makeup and clothes and secrets — all those things that sisters bond over. The ultimate confidant.
Nancy was born Feb. 5, 1949, and adopted at 6 weeks through the Catholic Home Bureau in Chicago. She became daddy’s girl.
“I didn’t know any other world,” said Nancy, 69.
But as she grew older, she began to wonder about her biological mother, where she came from and what type of health issues she might have inherited. Last Christmas, her two boys bought her an Ancestry DNA kit, but it sat in a drawer for several months.
Then one day she pulled it out, sent in the sample and waited for any matches to show up on the Ancestry DNA website.
Meanwhile, 1,800 miles away in Gilbert, Ariz., Terri Luce, 56, had been part of Ancestry DNA for several years and had found two close relatives through the database. She was interested in genealogy and was trying to fill up the family tree.
She grew up in Gurnee, one of five children. Like Nancy, she had had a wonderful childhood. When she married and had kids, her mother Marie taught her daughters to crochet and bake. They adored their grandmother.
In early August, Terri received a new match, but this one was different. It was the first time the match had been labeled as a “close relative.” The match’s username was Louis, but she didn’t recognize the surname. Ancestry DNA predicted it was perhaps a parent or an aunt or uncle. Terri couldn’t figure it out.
“I didn’t know there was anyone out there to find,” she said.
Until one day soon after she got an email through Ancestry DNA from the same username. Nancy Louis explained that she had been adopted out of Chicago, her mother’s maiden name being Marie McGill, and wondered if she knew anything.
“I saw this email and said, ‘Oh my god, that’s mom,” Terri said.
She responded back: “Nancy Please call me ASAP,  Marie was my mom.”
What transpired from there was both stunning and bewildering, an unexpected link that would change the two women’s lives forever. Terri has stumbled upon a family secret she had never known. Nancy had found the sister she always wanted. Each was as astonished as the other.
Soon began a flurry of phone calls and emails, exchanging photos and each hearing her sister’s voice for the first time. Terri booked a flight and she and Nancy planned to meet.
It was Sept. 2, at the Old Route 66 Family Restaurant in Dwight. One hug was all it took to understand they had the same blood. It was as natural as the first time they spoke on the phone. They talked for three hours, each learning about each other, about the grown children of their own, and their shared family history.
Nancy learned that her birth mother came from a very religious Roman Catholic family. Marie was one of nine children, and had a fraternal twin named Rose Mary. Marie gave birth to Nancy in 1949. Terri said she graduated from high school a year later than her twin, at age 19. Piecing history together, Terri said they believe Marie got pregnant with Nancy in high school, and since she wasn’t married, had to make a heartbreaking choice to give her up. She then married in 1950 and had five more children.
“They pretended like these things didn’t happen” back then, Terri said.

Marie, who died in 2011, never mentioned anything about Nancy’s adoption to her five children. One day, in fact, after Marie was diagnosed with cancer, her children joked with her about any secrets they should know. At first she said no, then mentioned, “Well one …” She said it was up to their father to give permission to tell. He had dementia, so everyone brushed it off.
Their time at the restaurant felt like they had known each other all their lives and were “just catching up,” Nancy said. Terri couldn’t believe the resemblance to her mom. Nancy looked more like Marie than nearly any of Terri ‘s siblings.
Photos of Marie, both as a young woman and an older adult, show the stark resemblance. Nancy has her mother’s nose, her lips and, Terri said, her eyes. Being able to talk to her sister face to face was surreal.
“It was like talking to mom,” Terri said. “I was completely comfortable and I felt like I had known her my whole life.”
Nancy believes finding her sister was meant to be at this time in her life.
“Even though I have located my birth family, James and Bernice Bergan were and will always be my Dad and Mom. I couldn’t have asked for more caring and loving parents and the wonderful life they provided for me. I consider locating my birth family an added bonus to what I already have,” she said.
Terri feels the same. She never questioned her mother’s decision to give Nancy up for adoption and hopes her other siblings will one day decide to meet Nancy.
“Who knows what the circumstances were with me and who’s to judge because I don’t know the whole story and there’s no one alive who does,” Nancy said.
Terri was a little upset that her mother didn’t tell her children — there have been so many lost years not knowing Nancy.
“All I can do is embrace Nancy and make up for the lost time as much as I can,” Terri said.