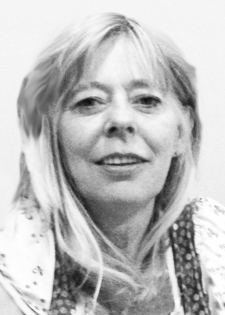 COAL CITY – Tina L. Tarman, 59, of Coal City passed away Wednesday morning, February 21, 2018 at her home.
Born December 24, 1958 in Branson, Missouri, Tina Louise is a daughter of Vera White McQueary of Grove, Oklahoma and the late Gene McQueary.
She was a graduate of Coal City High School, class of 1976. She married William M. Tarman August 27, 1977 in Wilmington. They made their home and raised their family in Coal City.
Tina had a passion for gardening and flowers, took pleasure in tending to her pond, and loved being outdoors spending time in the sun. Family was of the utmost importance to her, and she cherished the time spent with her grandchildren.
Survivors include her mother; husband of 40 years, Bill; children:  Billy (Ashleigh) Tarman, Tara (John) Powell and Chris Tarman, all of Coal City; five grandchildren: Devun, Dylun, Arieana, Lyla and Axl; brother, Randy McQueary of Grove, Oklahoma; and sisters: Vivian (Gary) Fannin of Grove, and Carol (Jack) King of Eagle Rock, Missouri.
Brothers-in-law and sisters-in-law: David Sardeson of Springfield, Missouri; Larry (Susan) Tarman and Laurie (Tony) Esparza, of Coal City; Bob (the late Gail)  Tarman of Wilmington; and Linda (Mike) Bober of Dwight; numerous nieces, nephews and cousins, as well as dear friends also survive.
Tina was preceded in death by her father; one sister, Theresa Sardeson; her mother-in-law, Shirley Hack; and father-in-law, Richard “Dick” (his widow, Lynne “DeeDee”) Tarman.
Per Tina’s wishes, cremation rites have been accorded.
The family received friends for a memorial visitation Sunday, February 25, at Reeves Funeral Home, Coal City.
A private inurnment will be held at a later date.
As a memorial to Tina and in light of her love of gardening and flowers, the family requests rather than a monetary contribution, those wishing to honor her plant a flower or tree in her memory.
Family and friends may sign her guestbook, upload photographs or share Tina’s memorial page online by logging on to: www.Reeves
Funeral.com/notices/Tina-Tarman