Dwight’s Christmas For Kids Helps Families For Quarter Of Century 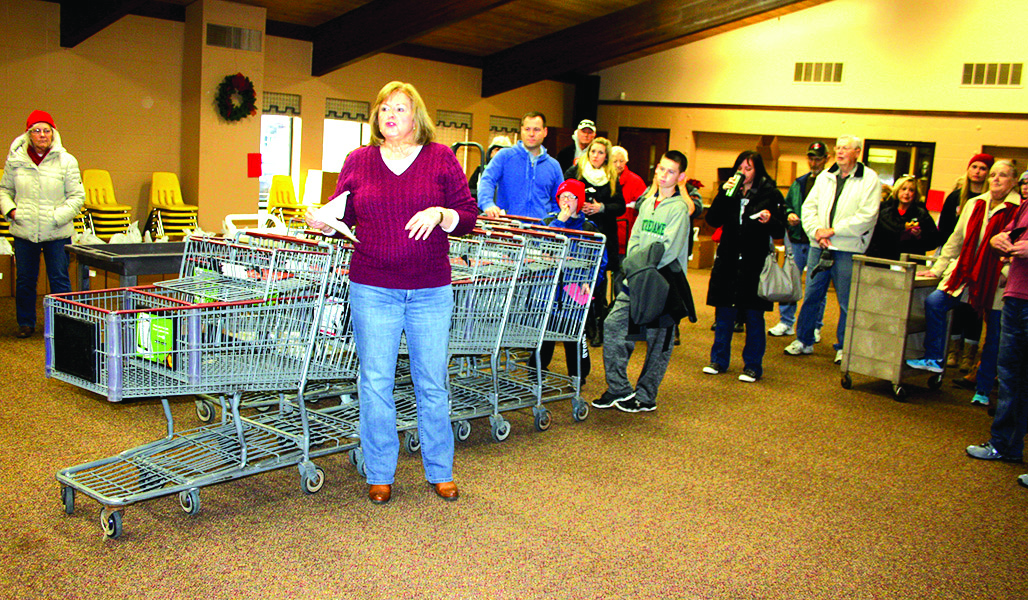 For 25 years, families who could not afford to provide Christmas gifts for their children in the Dwight area have been helped out by the local charity, Christmas for Kids.

The organization began as the brainchild of Deb Tock, who at first asked Dave Bossert who handled Dwight’s Love Box program, which started in 1975, to do a similar program for presents instead of just food at Christmastime.

“I admired Dave Bossert at the Dwight United Methodist Church,” she said. “He and his Sunday School class started Love Boxes.”

“Dave wisely said he didn’t think a project like that was for Love Boxes, but it was a good separate project,” Tock explained.

She tried to entice Bossert into the project off and on for two consecutive years but kept receiving the same answer.

On the Christmas soon after Deb and Steve’s daughter Kate was born in the fall of 1991, Deb was in the hospital (on an unrelated medical matter), and was unable to come home until Christmas day.

She said she had a lot of time to think while she lay there in the hospital during the holidays.

“I was released at 4:30 p.m. Christmas day,” she said. “This gave me a taste of people who don’t all have good Christmases.”

She said she would think about her late mother, Betty Weiss of Litchfield, who would regale her of stories of growing up poor, and being so appreciative of anything for Christmas.

“She was thrilled to get a dime and an orange,” Tock said.

She said her mother always made Christmas a nice tradition at her home, since she grew up without so much. So the next year, Deb and her husband Steve set out to do Christmas for Kids for the Christmas of 1992, a quarter of a century ago.

At that time, they attended church at the First Congregational Church of Christ in Dwight. The program has since moved to the Dwight United Methodist Church and works separately, but in cooperation with the Love Box program.

The first year she had about a dozen church and community members helping out, raising funds, shopping for gifts, and wrapping and delivering them to families in need.

At that time, the fledgling organization was able to muster enough funds to spend $25 per child (now more than twice that much). About 50 children were served that year.

The program is serving 51 families this year, 124 children, she said.

“We would buy a toy, a sleeping blanket and sleeping bag,” she said about the first year.

“Some people we delivered to were using ovens to keep warm, with everyone huddled in the kitchen,” she said.

The next year, she reached out to similar programs to gain knowledge of how to better operate such a program.

She connected with Joe Schmitz of the Gardner Exchange Bank who has operated a Grundy County program called Operation St. Nick, that gave gifts to children at Christmastime.

“He gave us a donation and spent a couple of hours talking with us,” she said, and they learned some tricks of the children’s Christmas gift charity trade.

By the third year, Tock had developed the idea to send out a Christmas wish list which included requests for needs, so that the program would not duplicate gifts, was able to buy what a child actually needed, and wanted. All the Dwight banks have savings accounts in the name of the charity so people can donate any time throughout the year.

“That way we’re not buying just a Barbie (doll) for a little girl who’s going to school with no coat,” Tock said. She said many volunteers return with stories delivery day of parents who are in tears, so grateful to have something to give their children.
Over the years, people like Tracey Karstens along with her husband Verlin, have been longtime volunteers, as well as Steve Tock, and Mark and Mary Boma, Steve’s sister and brother-in-law. Daughter Kate joined the charity after she grew older. Now Deb has roughly 35 shoppers and 35 delivery people each year.

For three years, Ginger Connor filled in to coordinate the program for Deb while Deb took a break.

The Paper in Dwight is now the headquarters for the program, where people can call during business hours, or leave messages and get responses to questions or concerns quickly.

“It’s great that I have the money and the volunteers,” Deb said. “The Dwight community has been just awesome. Dwight is really a wonderful community.”