Dwight To Say “Goodbye” To Local Institution: the Country Mansion 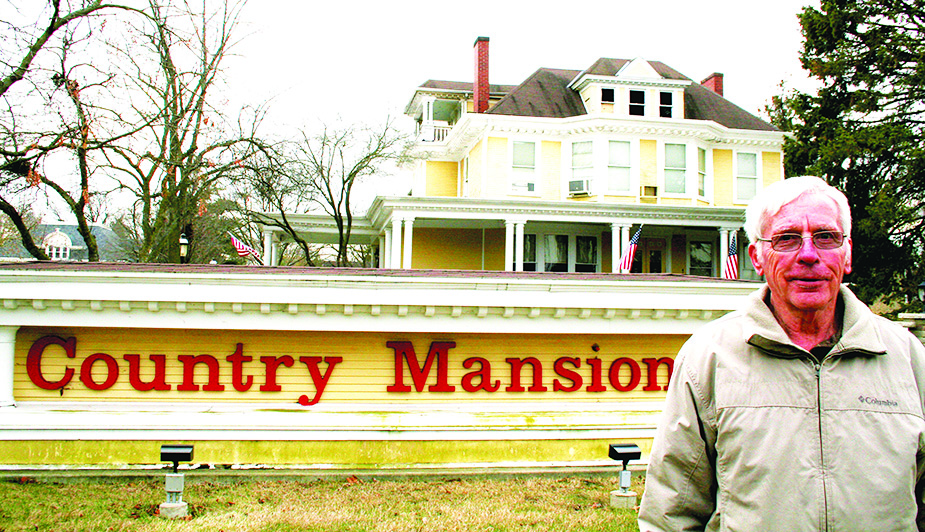 After opening in “the middle of a blizzard” in the winter of 1978, The Country Mansion of Dwight will close its doors without any fanfare after a four-decade run .

Nestled in the backdrop of Dwight’s historic windmill and steeped in history connected with the famous Keeley Institute, the owner/operator of the restaurant, Bob Ohlendorf, announced Dec. 18 that the last day of business will be Saturday, Dec. 30.

“It iswith a heavy heart that we announced after 40 years of great food, wonderful people, fun times and hard work that The Country Mansion will be closing all operations effective Dec. 30, 2017,” the company wrote in an ad last week.

“This has been a very difficult and emotional decision and we are sad to say goodbye.”

Ohlendorf said it was “just a case of Bill wanting to sell it,” he said of his brother Bill.

Bill Ohlendorf bought into the business in 2000 when the Mansion expanded to open its Garden Room, which acted as a hall for weddings and other community events.

He said Bill owns the land but Bob maintains ownership of the restaurant and manages it.

Bob, now age 78, purchased the property in 1976, taking two years to renovate and remodel before opening for business during the blizzard 40 years ago.

The building was the Oughton home for a long time, and at one time the plan was to convert it and other property into dorms for Keeley Institute patients, Ohlendorf explained.

The Oughtons lived there until Dec. 24, 1927, when the Keeley Institute took it over.

Instead of turning it into a dorm, the Keeley used the Livingston Hotel, now part of the Fox Center.

Eventually, Keeley sold its property to the state after it closed.

Before the Mansion building was located on the property where it now stands, it was pulled down “with horses and mules” and rebuilt on the current site.

At the time, South Street was the southern-most border of the village of Dwight.

The “Manse”, as the Oughtons called it, eventually became The Country Mansion, but not before it was rented out as a restaurant for a few years, to several different tenants, Ohlendorf said.

Ohlendorf said he would turn it into a restaurant, but only if he could purchase it outright.

“The deal is I gotta own it,” Ohlendorf said.

In 1976, part of the renovations meant turning some of the smaller rooms into larger rooms, creating an air filtration system and expanding the bar. There was no bar there, of course, during the time of the Keeley Institute, as curing alcoholism was the purpose of the institute.

When renovating, Ohlendorf used a lot of the old wood trimming, which was part of the house when it was originally remodeled in 1895. The original wood panels are 3/4 of an inch thick, made of solid red oak.

The windmill, which overshadows the Mansion, is owned by the village. This past year, money has been spent to renovate the windmill, including an aeration pond.

The “Christmas Under the Windmill” fund-raisers have raised thousands to help restore and keep up the windmill.

Ohlendorf said a checkfor $10,000 was given to the village this month by the fund-raising committee, part of the proceeds from years of “Christmas Under the Windmill” celebrations.

So what will Bob do after the restaurant closes?

He said a couple of early 2018 events that cannot be cancelled will still be held, but basically, the restaurant closes Dec. 30.

There are 22 employees at the business, five of whom are full-time.

Most will be seeking employment elsewhere but some will stay to help with the two events that cannot be cancelled in January and February.

In his ad last week, Ohlendorf expressed their feelings about his staff.

“There are no words to clearly express the love and gratitude we feel for our staff who have worked so hard to keep ourvision alive,” he said.

He will not retire, however, as he believes he must keep active.

He has no definitive plans for the future other than to “get rid of a lot of junk” he has accumulated over the past 40 years.

As for the community, he had nothing but praise.

“This small community of Dwight has something special — warm and welcoming neighbors, dedicated small business owners and a safe neighborhood for families to grow,” he wrote in his advertisement. “It has truly been an honor to live and serve in this community.”