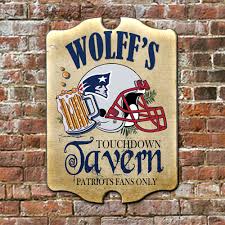 There is something that I have noticed since the start of football season that I feel needs to be addressed in one form or another. It’s something that I have noticed specifically in the city of Chicago, and it relates directly to bars. I have a bone to pick with these bars. I have observed, that as college football season has started, suddenly, there are bars everywhere that support some school. These schools range from the west coast all the way to the east coast, and pretty much everywhere in between. Now, when I first moved to Chicago I noticed that some bars obviously were tied to a school, they’ll have the memorabilia everywhere, jerseys on the wall, sometimes even some of the menu items are named after things related to the school, whether it be a mascot name, former player, etc. The thing is lately, there are bars, and bars that I have been to previously that now are suddenly connected to a school, seemingly out of the middle of nowhere, with no real obvious connection in place, other than football season started. I, especially as a New England Patriot fan, understand, that sometimes things just don’t add up as far as fandom for a particular team, or in this case school or university. The difference is, I was an easily impressionable 7 year old kid, who saw a team that was an underdog in a super bowl, rooted for them, and then remain a fan still today. These bars, they’re merely just hopping on the bandwagon of whatever team to make a quick buck. There’s little loyalty involved, there are no flags hanging outside the bar year round, but every Saturday from September through November, suddenly there’s flags for universities I’ve never even heard of. And the thing is, it would be fine, if they would just commit, if you’re going to be a Clemson University Bar, then put Clemson gear everywhere, on the walls, in the bathrooms, on the tables, I want it everywhere, not just on a TV for 12 weeks, I want the whole thing.