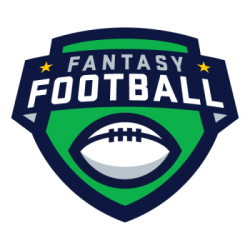 Fantasy season is upon us, or in the case of me and how my fantasy teams are structured, the fantasy season basically never ends. I participate in fantasy football, fantasy basketball, and fantasy baseball, I’m more or less in a league year round, there may be a week or two where there isn’t anything going on. The thing with these leagues, I’ve now participated in 4 leagues under the umbrella that is known as the “Dean League” the name for this league was inspired by my brother Caleb Boma, the meaning behind the team name is just because he got Deans Chocolate Milk one time, and then thought that the word Dean was funny, for whatever reason, and here we are now, season 5 of the Dean League. There have been 2 Dean League Fantasy Football Seasons, and 1 Dean League Baseball, and 1 Dean League Basketball Season.
I largely like to touch on this because I have yet to make the playoffs in any of the four seasons that have taken place, 0, none, nada, whatever word you want to use, I have been to no post season yet.
I would like to think that going into this football season that it will be different, that I will finally break through and actually make the playoffs, instead of watching other teams battle out for the final prize. In each league there are 4 teams that make it to the championship, so I just have to finish in the top 4, that’s all I have to do.
I need to make it, I don’t know if I could stomach dropping to an 0/5 mark on playoff appearances. The worst part is there are only a few of us that have played in every league, I think 4 or 5 of us. That means there are people who have only played in one or two leagues, and have made the playoffs with just their one entry.
Please wish me luck as I take on the task of finally getting the playoff monkey off my back.
Best of luck to anyone else participating in a fantasy football league this year.
Games start this Thursday. For those not participating in a fantasy league, there are still weekly paper bowls which offer weekly prizes!