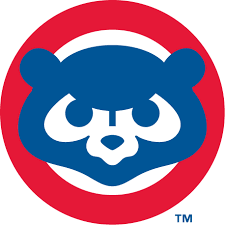 I said I was done, but maybe I’ll do a few more, I’m a pretty indecisive person, so it was probably kind of dumb to say that I was done for good, so I guess I’ll do a few more of these. This column is pretty much all about the Cubs. The Chicago Cubs have the best run differential through 30 games since they started playing a World Series. That’s over 100 years. They aren’t just good, they’re on one of the best starts in baseball history. The thing about this team is that they just won’t lose. I really thought they were going to lose this past game against the Washington Nationals. They made the game last 13 innings before Javy Baez finally ended it with a walk off home run. They’re fun to watch and they’re addicting to watch. I almost get anxiety now if the game is on somewhere and I’m not by a TV to watch it. Conveniently I’m moving right into the heart of Cubbie land, and I can’t wait. I’m even trying to attend a game this weekend and watch them sweep the Pirates (again.) This is to the Cubs, I know it’s always “the next year,” but if they don’t win it this year they’re doing themselves a disservice, because they’re really, really, really good. Try not to suck. Aaron J. Boma 2012 DTHS Graduate 2016 ISU Graduate