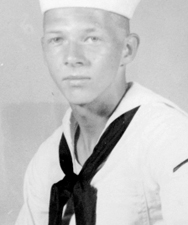 DWIGHT – Patrick Meckley, at the age of 67, peacefully passed away at his home in Dwight Tuesday, November 10, 2015 at 9:58 a.m. A Memorial Service was held November 14, in the Dwight United Methodist Church. There was no visitation nor graveside service as body/organs were donated to science for research and transplantation. Patrick was raised on a 15-acre farm in Westover, Pennsylvania. He was the son of Marintha Mae and Donald Warren Meckley. After graduating Har-mony High School in 1967, he enlisted in the United States Navy during the Vietnam War. Following his service stationed at the Charleston Naval Base, he worked for the Westover Tannery Company. He moved to Philadelphia and worked for Hancock Insurance Company; and to Washington, D.C., where he worked as a carpenter. While biking in Alexandria, Virginia, he met his first wife, Judith, from Odell. They moved to Dwight after having two of their four children, Theodore and Stephen; and Hans and Marintha after the move. Patrick was a Dwight volunteer firefighter, Boy Scout Troop Leader, and a stay-at-home father. As a stay-at-home father, he was invited onto the Phil Donahue Show in 1982. Shortly after moving to Dwight, he found work as a carpenter helping build Phil’s Harvest Table and the bowling alley. He then found his calling as an electronic technician at the William Fox Dvelopmental Center in Dwight. He designed and manufactured electronic affordable assisted technology devices for the Fox Center residents. Additionally, he held international and statewide seminars teaching how to build affordable devices for other developmentally disabled individuals. As an appreciation of the work he performed, he was awarded the National “Hero Award.” In 1994, he married his second wife, Laura, and welcomed her daughters, Wendy and Dee. Hobbies such as painting, working on his water garden, hosting Route 66 tours and volunteering for the Dwight Historical Society kept him busy. He is survived by brothers: Donald, Timothy, and Robin Meckley. He also leaves behind his wife, Laura; sons:  Theodore, Stephen and Hans, as well as daughters: Marintha Short, Wendy Dodson, and Dee Ridenhour. Eleven grandchildren and many nieces and nephews will miss him dearly. He was preceded in death by his parents and sister, Joan Meckley. Special thanks to Dr. Tuchek at St. Joseph Hospital, Joliet, as well as Dr. Jeevanandam and the LVAD team and staff at University of Chicago Medical Center, for their interventions and the extra moments we got to share with Patrick.