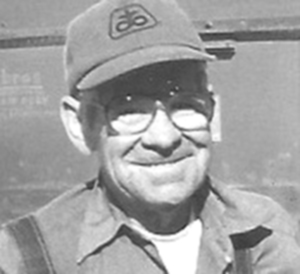 DWIGHT – Donald R. Haacke, 87, of Dwight passed away peacefully at his home Sunday, November 8, 2015. Visitation will take place Wednesday, November 11, from 5 until 7 p.m. at Hager Memorial Home, Dwight. A private family service will occur at a later date with interment in Goodfarm Cemetery. Donald was born November 14, 1927, son of Herman and Elsie Grieff Haacke. He attended Red School near Mazon, and later attended Mazon High School. On May 27, 1950, he married the love of his life, Ida Rae Stutsman in the Zion Evangelical Church, Dwight. They recently celebrated their 65th wedding anniversary. Don is survived by his wife, Ida Rae; his children: Richard (MaryLou Weyrich) of St. Louis, Missouri; Ronald (Carla) Haacke of Clintonville, Wisconsin; Linda Tousignant, Randall Haacke, and Roger (Renee) Haacke, all of Dwight. Also surviving are 13 grandchildren; 12 great-grandchildren; and one great-great-granddaughter. He was preceded in death by his parents; a brother, Leslie Haacke; and a sister, June Haacke Wennerstrom. Don and Ida Rae made their home in Dwight. Don began farming in 1951 on a Scully Farm, in which his farming operation included dairy cattle, pigs and chickens. He retired in 1993, but enjoyed many hours assisting on the farm after his retirement. Don enjoyed spending time with his children and grandchildren, working on the farm, traveling with his wife, and many years of Pinochle card club with friends. Memorials may be made to Dwight United Methodist Church, AMDF (American Macular Degeneration Foundation), or a charity of the donor’s choice. Condolences may be made at: Hagermemorial.com